Over time the Fintech wave reaches ever more complex topics. FX per se was one of the earlier low-hanging fruits to be digitised – a simple, near immediate transaction that everyone understands as they do it all the time when going on holidays. However its taken much longer – a decade or perhaps two – for Fintech to touch the more challenging topic of hedging. Hedging is far more challenging as it is one that even FX professionals find challenging to decide upon/recommend. I think this angle is best summed up by the adage “one mans adage is another mans position” – history is replete with examples where so-called hedges turned into actual positions in all sorts of markets. 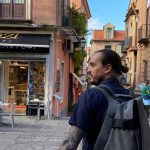 It is into this challenging area that serial entrepreneur Seth Phillips is taking Bound “a digital FX broker built for the 21st century” who are looking at ways to make FX hedging available in much lower ticket sizes than MegaBanks find it profitable to deal.

As we discuss in this show it is not just the classic case of an SME who have expenses in one currency and revenues in another – with both being uncertain – that is affected by this. Many startups might have for example dollar funding of capital but operate say in the UK in sterling. FX is very volatile these days and swings of 10% or so can easily flip a company from profit into loss. But traditionally many SMEs faced with the complexity of hedging and inaccessibility of hedging products end up taking this unwanted and hedgable risk. In a world where there are plenty of business risks that they are voluntarily running adding an additional unwanted risk is not ideal.