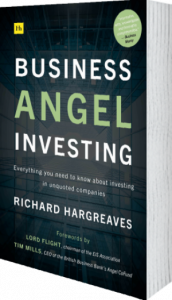 Richard has an astonishing 50yrs experience in investing in young companies and helping to grow them, starting with 3i in the 1970s when they were next to the only institutional provider of development capital through to being a former chair of the BVCA and this year having released a thoroughly updated version of his book on Angeling – “Business Angel Investing – everything you need to know about investing in unquoted companies”. Listen to the end for a 25% off promo code.

Angels – private individuals – are the most important source of equity capital for fund raisings of £1-2m. New business creation would be crippled without them. In 2015 alone in the UK there were 15,000 Angel-backed companies with a combined turnover of £9bn adding £4.5bn to GDP and 70,000 jobs

Virtually every megatech has started w/Angel funding. So whether you are looking to invest in SmallCos yourself and do it more professionally for better results (Richard’s own returns over the past 15yrs have been an astonishing 5x pre-tax and 10x post-tax) or you are a Founder wishing to know more about Angels and how to attract the right ones listen up as we have a rare opportunity to listen to the key lessons from a lifetime’s learning. 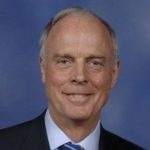 One must relate factoid from Richard’s book is that a monkey picking investments at random would have outperformed TV’s Dragon’s Den which like all TV gives an increasingly false and negative view of the world. As I have mentioned before in my extensive conversations with one hundred Boarders the Capital-A Angel as I call them is more than worth their weight in Gold – praise for such is almost without limit. Equally at the opposite end there is what I call the small-a angel who having given you a few quid then just clutters up the Boardroom and proves hard to shift.

As this show is more about wisdom than information it really is best listened to – notes can only sketch the topics of conversation which include:

The majority of the show then covers more precisely Richard’s methodologies, advice, lessons learned, case studies, how the market works and key takeaways… and later in the show he gives the 25% discount code for his book from the publishers website – Harriman House Business Angel Investing