Scandinavia (Sweden/Norway/Denmark) and the Nordics as a whole (Scandinavia +Finland +Iceland) have massively outperformed most parts of the world in Tech and Fintech when considered compared to the relatively small sizes of the populations. Why is this and where is it all going? 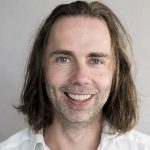 In this episode Erik who was part of creating the world’s first online mortgage bank in the late 90s, has been a CTO of many leading regional banks and is now founder and CEO of Naktergal discusses not just where the region is placed now in Fintech but the deeper origins of tech success before wrapping up with the outlook for Fintech in the region.

Naktergal offer a range of digital lending platforms for banks and Fintechs as well as modular add-on solutions for the inevitable weak-points in different existing legacy/big-brand tech solutions in banks.