Payments are being revolutionised. One of the most fascinating examples is Ripplenet – Ripple’s approach to inverting the old model of slow large payments to super-fast, immediate, small payments (the general trend) which will change payments forever. Ripplenet “an internet of value” is used by over 300 Financial Institutions in more than 45 countries, as a next gen global payments infrastructure. 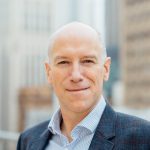 Marcus has over 30 years of experience in transaction banking and payment technology, including 12 years at HSBC, being a member of the Global Board of SWIFT and an independent non-executive director of CHAPS Co, the UK’s RTGS clearing company.

In this show we start with the super-big picture of how payments have changed over the centuries, how the challenge is not simply tech but how people and organisations relate to this before spiraling in to a schematic overview of the three layers than amount to Ripple’s solution.