Open Banking started a far greater wave, The ability for people to share ever-more of their financial data – not just current account but *everything* from mortgages to investments to pensions data promises to revolutionise the world of FS and people’s financial lives. In this excellent conversation Keith gives us a tour d’horizon and a tour de force covering Case Studies of the progress of Open Finance in the UK, Europe, US, Canada, Australia and China. All of these countries have taken very differing routes starting from very different places but are all marching in the same direction. 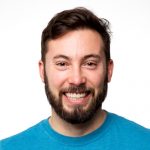 Open Banking itself in the UK started with a Payments Directive and is thus only aimed at current accounts so far from “open banking” is not even “open banking assets” (only payment accounts are included so eg no data on savings accounts) let alone “open banking liabilities”.

Plaid are currently in the process of being acquired by Visa for $5.7bn which shows you their importance, is the largest Open Banking provider in the US and “the only transatlantic Open Banking provider” connecting Fintechs with all these diverse sources of customer’s financial data from their providers.