Bought By Many are one of the UK’s oldest Insuretechs from when it was nigh on impossible to launch one and to do so meant one was laughed at. Now BBM have over 600,000 members in over 320 specialist insurance groups. They get a super-impressive Feefo trust rating of 4.7/5 from nigh on 6,000 reviews which is great going in any sector but particularly in the insurance sector which is not always loved by its clients. 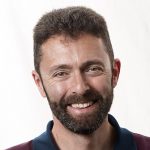 In this episode today Steven talks to us about what has changed in the three and a half years since he was last on the show way back in LFP027, where Insuretech is and where it is going.

He also focuses on one of BBM’s key focuses – ensuring that they leverage human creativity alongside the tech in all their roles. Across the economy as a whole many MegaCos are versions of the Ford production line factory with people doing mundane jobs that will eventually be replaced by robots. This also applies within FS. However to be a successful startup, the small mammals taking on the dinosaurs one needs to be nimble, fast moving and agile – and for this one needs humans not robots.