With the long-planned centralised ID (via pretext of “medical passports”) juggernaut bowling down the road towards us and ushering in a Western version of the Chinese Social Credit Score where your Human Rights, rather than being God-given, become a function of  your obedience to ever-more politician-decided criteria it seems a great occasion to discuss what an alternative might look like. No less than Tim Berners-Lee has an alternate vision with his Solid project – “Solid is a technology for organizing data, applications, and identities on the web.” 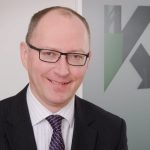 Kirill (who is also CEO of EdTech Academator – busy guy) joins us in this episode to discuss a radically different take on digital identity as well as discuss whether Berners-Lee is right, wrong, too radical or not radical enough.