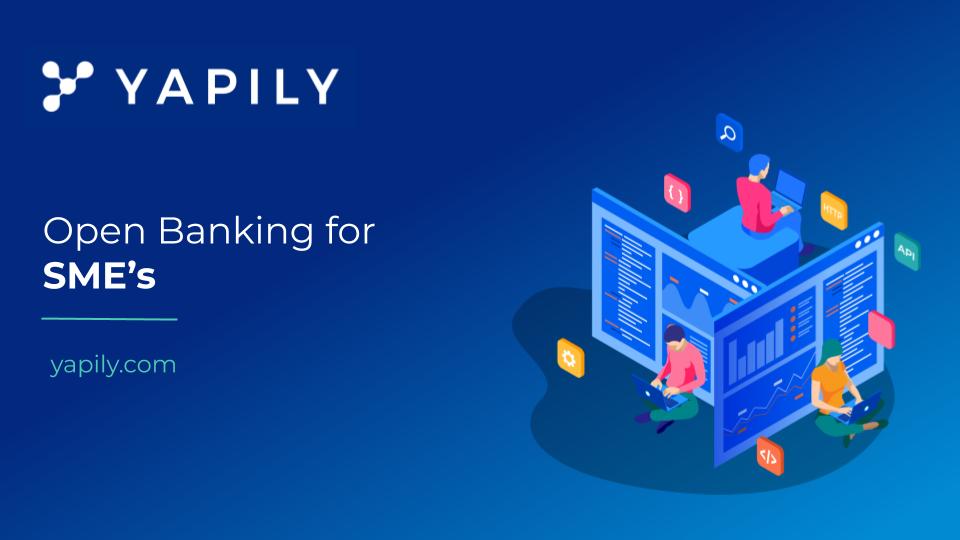 Open-banking hype has generally focused on the consumer marketplace. However SMEs can potentially benefit more especially as they currently pay for banking services. Accounts and transactions can be consolidated improving cashflow management and payments can be made at a far lower cost and far faster as well as cool stuff like including “pay me” buttons in invoices to speed up receivables. 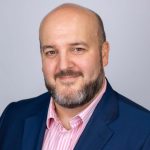 In this episode Matt Cockayne of Yapily takes us through the SME open banking marketplace and we cover a schematic of how it all works.

How do you connect to open banking? How does authroisation work? Is it just a set of pipes connecting accounts or is there added value taking place.

We get the whiteboard out and sketch the whole process. Topics discussed on the show include: END_OF_DOCUMENT_TOKEN_TO_BE_REPLACED

Which Fintech started in a basement in Stockwell, has done over £65bn of FX business, do over 1 million transfers a year with 600 staff in 7 offices, whose chairman is a former deputy Governor of the Bank of England and according to price comparison sites offer better prices than other Fintech FX players on virtually all sizes of deal? Jonathan Quin their co-founder and CEO for 14yrs joins us today to discuss the art and science of international expansion – a truly vital step if UK Fintechs are ever to move beyond a potential audience of 1% of the world’s population to far far more.

Topics discussed on the show include:  END_OF_DOCUMENT_TOKEN_TO_BE_REPLACED

One of the founding ethos of Fintech was “unbundling” – the slicing of FS into single-issue firms. This is now looking old-hat. Revolut acquired 500,000 customers in less than two years by offering interbank rates on FX transfers and so was one of the most successful of Fintech 1.0.

Now they are leading the way with Fintech 2.0 offering a whole range of products. Managing this transition with respect to both “the brand” and “the app” is not trivial and I am delighted to be joined today by co-founder and CEO Nikolay Storonsky. Unlike Monzo who have gone down the banking route but Revolut have remained with the simpler/cheaper/faster but narrower e-money issuer licence.

Topics discussed on the show include: END_OF_DOCUMENT_TOKEN_TO_BE_REPLACED

2016 is the year Fintech realised it had to aim for making a profit. Very few do and for the tiny handful that do its mostly “minimal”. Solving this problem is absolutely vital for the Fintech revolution. This is the story of a Fintech that has done just that – satisfying customers, staff and shareholders. Blue Motor Finance has gone from 12 to 100 staff, 0 to 40 people “on the road”, £0 to £200+m loans, and £0 to seven-figure profits in just two years. A phenomenal achievement, and by a firm not widely known in the broader Fintech world. So listen up and find the real secrets of balanced Fintech success as CEO and founder Bob Jones shares how a lifetime’s lessons (having been in asset finance for over 50 yrs) has enabled him to reach these goals.

Bob has been a CEO of some big companies, many of which he turned round. An management buy-in provided a bridge from the top roles in BigCo to starting from scratch and leveraging all that experience.

So without further ado topics we discuss include: END_OF_DOCUMENT_TOKEN_TO_BE_REPLACED

This week we dive deep into business overdrafts with James Sherwin-Smith CEO of Growth Street. If you overdrafts sound dull consider the fact that they are the most commonly used form of financing for SMEs in the UK and that their supply has fallen by 40-50% in the past twelve months :-O

Greg Carter one of the founders was working as a VC at Arts Alliance (the firm behind such winners as LoveFilm and Shazam). He found that many of his portfolio companies struggled to open basic overdraft facilities from banks. It was from this experience of pain that the idea for Growth Street emerged as a non-bank alternative for SMEs.

To make a definitional point to an FS guy like myself an overdraft is something which comes from a bank. And indeed banks first did business overdrafts in 1728. Only banks can offer them and thus a non-bank Fintech can’t.

However a Fintech is perfectly able to issue loans and if this is structured as a facility which you can call upon when needed to a pre-agreed limit at a defined cost – well frankly it’ll just be easier to call that an overdraft on the show.

Growth Street offer facilities up to £1/2million to UK limited companies. Applications take 15mins online with a decision in 3 days and only charge a monthly fee when the facility is being used.

Rather different from a bank what?

Amongst other things we discuss: END_OF_DOCUMENT_TOKEN_TO_BE_REPLACED Did you know that the world’s first P2P FX firm was formed in 1998 and is listed on the Toronto Venture Exchange and cross-listed on the Frankfurt Stock Exchange? Midpoint, formed in 1998, describe themselves as the world’s first authentic peer-to-peer (‘P2P’) international foreign currency and payments platform, have a US patent on its FX deal matching process and have won several awards for this including being the “Best P2P Currency Matching Platform” in 2015.

Zooming up to the bigger picture of P2P – y’all know about P2P – one of the mainstays of the fintech revolution.

In P2P borrowing and lending there has been a lot of displacement of the “P” by institutional capital – so less P2P than it was.

In Insurance Fintech P2P is far more spoken about than done.

In FX – well it’s always been something of an insiders’ secret that the much-vaunted P2P FX model – beloved of unicorn valuations – is more talked about than done.

The most well-known B2C FX Fintech is Transferwise. In a recent article Nick England founder of VFX and a 15yr veteran of the FX markets said that Transferwise was – “smoke and mirrors” – and that their main innovation was around marketing.

It was something of a surprise to social media Fintechers that Transferwise (as far as I and others saw) chose not to reply to these claims. The Memo reached out to Transferwise to ask how much is P2P and how much is dealt outside and they declined to reply. So after all, like the banks, they do have “something to hide”.

Another advertising slogan bites the dust.

Against this bakckground, for some time I have been keeping my eye out for a firm that does P2P FX to come on the show and honestly and openly discuss the pros and cons of Fintech FX.

As Midpoint are listed they are rather more familiar than non-listed firms with the need to tell the truth about business rather than hype up some PR and spin.

Discussions in this episode include: END_OF_DOCUMENT_TOKEN_TO_BE_REPLACED In this episode we discuss: END_OF_DOCUMENT_TOKEN_TO_BE_REPLACED Peter was back on the show in LFP015 way back in last December wearing his Lend Academy hat relating to us the amazing story of the development of P2P in the US – something he saw from it’s very origins when it was scarcely noticed.

Today he is joining me wearing his Lendit Conference hat. Lendit now runs by far the world’s largest P2P conferences – some 2,500 in Lendit US 2015, 500 in Lendit China 2015 and yesterday around 750 in Lendit Europe.

In this episode we have an off-the-cuff conversation about what leaps out to us as the really interesting things happening in P2P in Europe right now.  It’s a great way to get up the curve fast and we discuss a wide range of topics: END_OF_DOCUMENT_TOKEN_TO_BE_REPLACED

I am delighted to be joined by Chris Rieche CEO and co-founder of iwoca. Iwoca is a Fintech lender but not a P2P.  They raise finance and then can lend it out themselves – a direct lending model which has many advantages as we will hear.

iwoca lends up to £100k to small businesses in the UK, Poland, Spain and Germany at rates varying from around 13-40% p.a and has around 100 employees in London.

It has also this year made a landmark partnership with the giant Alibaba to offer a trade finance product and raised £20m in equity capital this year. Chris and co-founder and CTO James Dear founded iwoca in 2011 right back in the early days of the Fintech lending movement.

In this episode we discuss: END_OF_DOCUMENT_TOKEN_TO_BE_REPLACED